Serviceberry is also known as shadbush and it belongs to Amelanchier family. Some of the common species such as alder-leaved serviceberry and the downy serviceberry are hardy in USDA hardiness zones four through nine. The serviceberries are actually deciduous trees, growing up to about thirty feet tall. The serviceberries tree feature oval leaves that generally turn red in the fall, also clusters of white spring flowers, and black or red fruits. The growing requirements actually depend on the individual species.

Just collect the serviceberry fruits when they are ripe — in early summer when they are fully colored. Separate the seeds from the fruit by spinning the fruits briefly in a blender, preferably the one with a dull blade. Dry the serviceberry seeds for several days on a sheet of newspaper. If necessary you can store it in airtight containers. A lot of growers scarify seeds, planting them in a medium containing equal parts perlite, peat and vermiculite, and chilling them at 39.2 degrees Fahrenheit for about 3 to 6 months.

Plant the nonscarified serviceberry seeds in late fall in full sun or part shade at a depth of about ¼ inch. The scarified serviceberry seeds should be planted in the spring. The germination of the seed may take as long as 18 months. The growth rate actually depends on the species, variety and the growing conditions. Make sure you water the seedlings regularly during dry spells. The downy serviceberry is classified as a medium-rate grower, reaching up to about ten feet tall within 5 to 8 years. The downy species will ultimately reach about twenty-five feet tall.

To actually eliminate the time-consuming efforts involved in seed separation, stratification and planting, you can also collect small, self-sown seedlings from areas near established serviceberry trees. Just make sure you obtain permission from the trees’ owner first. You can use a trowel to dig up the seedlings, make sure the root ball is at least a few inches in diameter for very small seedlings and larger for more established ones. Plant the seedlings so that the top of the root ball is level with the surrounding soil. Spring planting is actually the best for seedlings.

ConsiderationsCollect the serviceberry seeds from cultivated, domestic serviceberry trees, as those collected from wild specimens will be less viable overall. The Seedlings from named serviceberry varieties may or may not come true from seed. A lot of named varieties, such as “Autumn Brilliance” and “Ballerina,” are actually hybrids (Amelanchier x grandiflora). Offspring of these varieties will have some but probably not all characteristics of the parent plant. To produce offspring identical to the parents you can propagate by rooted cuttings instead of seeds. 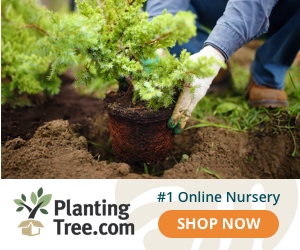